The self-employed make up a hugely important part of our economy, and the numbers who ‘write their own pay cheque’ shows no sign of abating. In many ways, they’re the same as those in regular employment, but when it comes to pensions, the differences can be very significant. 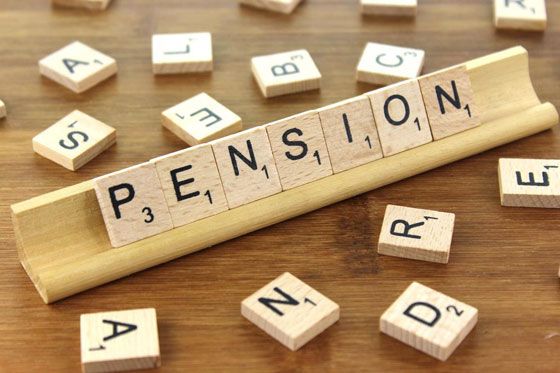 When the self-employed talk about their working lives, they can readily cite numerous reasons why the lifestyle suits them – anything from more flexible working hours to a sense of autonomy. When they talk about the negatives, the list tends to be shorter, but inevitably it includes the fact that there’s no regular pay cheque.

This lack of certainty in the life of the self-employed has a major impact on their willingness to commit to a pension, which will make a monthly financial demand on them for thirty or forty years. And because they’re looking to invest any money they have in their business, things like pensions often get pushed further and further onto the long finger.

This is probably the biggest single mistake they can make, as the most impressive plus point of a pension is the power of compounding, i.e. the impact that even a low interest rate can make when compounded over decades. Even at very modest growth rates, compounding elevates the monthly sums contributed at a rate of knots, and the eventual ‘pot’ that you can look forward to is usually way higher than you initially expected. And in cases where the growth rate is higher, in better-performing pension funds, the power of compounding makes your pension grow almost beyond recognition.

The fact of the matter is that the earlier you start to make payments into a pension, the lower a percentage of your income you need to commit. For example, if you’re thirty when you start, it’s recommended that you allocate 15% of your income, but this climbs to 20% at age 40 and 25% at age 50.

We understand, of course, that 15% of your income may seem like an awful lot when you’re 30, but after the first six months, you very quickly get used to your adjusted disposable income and soon forget that you’re even paying into a pension. It becomes just another budgeted item in your work life – the same as your mobile phone bill or running a van or the upkeep of a small office.

And don’t forget that the size of your ‘pension pot’ is not just influenced by how much you personally put into it, but also by the State’s contribution, in the form of tax relief. This additional element makes a massive difference to how much you’ll eventually take from your pension – and the lifestyle that this will finance.

It’s also important to remember that the level of risk you opt for in a pension can change from stage to stage in your life. In your earlier years, it may be appropriate to invest some of your funds in slightly more volatile funds, with the potential of higher gains. As you draw closer to retirement age, however, you should be ‘playing it safe’ and sticking to more predictable returns. When setting up your pension, you need to ask your Advisor about this ability to move the risk lever from time to time.

Another piece of good advice for the self-employed is to be realistic about how long you want to work for. When you’re thirty, it may be tempting to think you can work till you’re 75, but what if ill health spoils the party? Or what if you just become disenchanted with work and want to take a break when you’re 65? You need to ‘assume the worst’ and have a pension that’s capable of providing for you at the earlier, more realistic age. If it transpires that you eventually keep working till 75, that’s great – but it shouldn’t be a part of your financial plan.

Another big consideration for the self-employed in considering how much they’ll invest in their pension and the expected cost of supporting your lifestyle in retirement. You should have a rough budget made out as to what you will be spending – and not spending – after retirement.

It’s likely, for example, that your mortgage will be paid off, and your kids will be educated and hopefully left the nest. This will represent a big saving. But perhaps healthcare may be a bigger cost as you grow older. And perhaps all that free time will bring out the itch to travel – could you afford to live in the winter sun for a few months a year, for example?

Similarly, you may benefit from a ‘windfall’ if you decide to downsize your family home, but remember that you simply don’t know how long you’re going to live for, so it’s hard to estimate how much per annum in extra income this might yield.

The bottom line for the self-employed, when it comes to pensions, is that no retiree has ever regretted starting too early or investing too much in their retirement fund. Start today – and do a massive favour for the older you!

Outside of the self-employed area, the same reasons for joining a pension plan apply to those who earn a regular pay cheque from their employers. The earlier that your employees start to plan for what is liable to be a lengthy portion of their lives, the better-quality lifestyle they can look forward to when retirement time eventually comes. And by making membership of a pension plan easier for your employees, you increase satisfaction levels and reduce the risk of costly staff turnover.

If your company is one of the many forward-thinking organisations that offers an employee pension scheme, it’s comforting to know that Sage Micropay includes functionality around pensions, PRSA and Added Value Contributions, so handling deductions around a staff pension scheme has simply never been easier.

To hear more about Sage Micropay from Pimbrook, contact us today on 051 395 900 – and let’s start the conversation! Request a Demo Now!